Micro irrigation has revolutionized agriculture in many countries of the world. The essential characteristics of this system are frequent, slow and low volume application of water directly in the plant root zone or on the land surface beneath the plant. It is based on the fundamental concept of irrigation only at the root zone of the crop and maintaining the soil moisture near optimum level. Keeping in view the importance of irrigation water the government of Andhra Pradesh launched the Andhra Pradesh Micro Irrigation Project (APMIP) on 3rd November, 2003 with an objective of enhancing crop productivity by improving water use efficiency through Micro-irrigation systems for the benefit of the farmers. In order to create more awareness, diffusion and adoption of micro irrigation system the profile characteristics in terms of personal, socio-economic, psychological and situation play a pivotal role in planning any interventions and for taking up any capacity building programmes. So, a study was conducted to assess the personal and socio-psychological characteristics of APMIP beneficiaries.

The study was conducted with an ex post facto research design to assess profile characteristics of APMIP beneficiaries in Chittoor district of Andhra Pradesh which was purposively selected, as APMIP was the frist special

purpose vehicle on the micro irrigation in the country. Chittoor district was selected purposively. Chittoor district consists of 66 mandals out of which 3 mandals were selected based on highest area and beneficiaries were under the APMIP. From the each of selected Mandal eight villages were selected based on simple random sampling procedure. Thus, totally 24 villages were selected for the study. A total sample of 120 APMIP beneficiaries were selected through the simple random sampling procedure. After review of literature and consultation with experts as set of 16 personal, psychological and socio-economic variables were selected. The data was collected through a structured comprehensive interview schedule and analysed using mean and standard deviation for drawing meaningful interpretations.

The APMIP beneficiaries were distributed into different categories based on their selected profile characteristics and the results were presented in the Table 1.

Majority (59.20%) of APMIP beneficiaries were found in the middle aged followed by old (26.60%) and young age (14.20%) categories. A critical observation of the above findings indicated that a considerable percentage of the respondents are of middle age. The probable reason might be that the old aged respondents

were retired and they transfer their occupation to an elder son. The young generation didn’t prefer agriculture as they turned towards IT, business and management professions. Similar finding was reported by Ghintala (2013).

From the table 1 it is evident that 46.60 per cent of the APMIP beneficiaries were small farmers followed by 34.20 per cent medium farmers, 15.00 per cent large were big farmers and 4.20 per cent of them were marginal farmers. Majority of the respondents were small farmers followed by medium farmers, big farmers and marginal farmers. APMIP was providing subsidy of 90 per cent to the farmers owning land upto 1-5 acres. Subsidy provided was less for the farmers who possess land acreage of more than five. Marginal farmers were facing financial constraints and they were resource poor so, they were not willing to adopt MIS. Hence most of the beneficiaries constituted were under the small farmers’ category. This finding was in conformity with the finding of Katkar and Ahire (2006), and Ghintala (2013).

A little more than half (50.80%) of the respondents had medium farming experience followed by low (25.80%) and high (23.40%) levels of farming experience. This might be due to the fact that majority of the respondents belonged to middle age followed by old age group. Younger generation has not chosen farming as a profession and it was continued by their parents only. Many farmers were engaged in agriculture after their secondary or intermediate education. Hence most of the

APMIP beneficiaries had medium farming experience. This result was in accordance with the results of Karpagam (2009).

About 65.80 per cent of the respondents had medium extension contact followed by low (17.50%) and high (16.70%) levels of extension contact. The probable reason might be that most of the APMIP beneficiaries had regular contact with APMIP extension functionaries only, as the APMIP was the nodal agency for promotion and implementation of the Micro Irrigation Systems. The result was in tune with the results of Radhika (2007)).

Little more than two forth (62.50%) of the APMIP beneficiaries had medium level of mass media exposure followed by low (27.50%) and high (10.00%) level of mass media exposure respectively. This trend might be due to APMIP beneficiaries had regular access to newspapers, journals, television, mobiles and contacts with fellow APMIP farmers. This finding had drawn its support from the findings Ghintala (2013).

Around two forth (59.16%) of the APMIP beneficiaries had medium level of innovativeness followed by high (21.67%) and low (19.17%) levels of innovativeness. This trend might be due to the fact that majority of the APMIP beneficiaries were of middle aged, middle level of education, medium extension contact and mass media exposure favored them to try for new technologies and were able to update their knowledge and skills time to time and ready to accept the new technologies in their farming they were receptive to new ideas and were interested and enthusiastic to learn ways of farming which resulted in medium innovativeness. Similar findings were reported by Vinayakumar et al. (2013).

More than half (57.5%) of the APMIP beneficiaries had medium economic orientation followed by high (28.34%) and low (14.16%) levels of economic orientation. The possible reason for this trend might be that farmers still consider agriculture as a subsistence occupation and not looking it as commercially. As there is a narrow range of opportunities and avenues for improvement prevailing in the data. Hence this trend is expected. This finding was in line with the finding of Radhika (2007) and Karpagam (2009).

Majority (66.33%) of the APMIP beneficiaries had medium level of achievement motivation followed by high

A great majority (84.17%) of the APMIP beneficiaries had medium level of social participation followed by high (9.17%) and low (6.66%) level of social participation respectively. The reason behind this may be that only a few social organizations are active in the villages that to affluent to the higher sections of the people in the villages and also the small and marginal farmers were not in reach of these social organizations present in

the villages because most of the Indian farmers were small and marginal, more illiteracy, low economic standards etc. to prevent participation of social activities. This finding was in line with Karpagam (2009).

A little less than the three fifth (70.83%) of the APMIP beneficiaries had medium scientific orientation followed by low (15.00%) and high (14.17%) levels of scientific orientation respectively. It was learnt during the survey that majority of APMIP beneficiaries were in thirst of information on scientific technologies. Crops cultivated by them were more sensitive to weather and price fluctuations. The results derived support from the findings of Radhika (2007) and Karpagam (2009).

More than half (55.83%) of the APMIP beneficiaries had medium level of risk orientation followed by high 25.83 per cent and low 18.34 per cent levels of risk orientation. This trend of results might be due to the reason that the majority of the beneficiary farmers were having medium level of profile characteristics like age, education, extension contact, mass media exposure and social participation. The results derives support from the findings of Katkar and Ahire (2006) and Karpagam (2009).

Three fifth (59.17%) of the APMIP beneficiaries had medium level of knowledge on MIS followed by high 14.67 per cent low and 15.00 per cent levels of knowledge on MIS respectively. This might be due to the fact that majority of the farmers were possessing education, extension contact, mass media exposure, innovativeness, training undergone and social participation all at medium level. Hence majority of the respondents were categorized under medium knowledge level. The results derived support from the findings of Katkar and Ahire (2006) and Jitarwal and Sharam (2007).

Extent Of Adoption Of CMP Of MIS

The results showed that majority of the respondents belonged to middle age group having high school level of education with medium farm size and farming experience, extension contact and mass media exposure. Majority of the respondents had medium level of training undergone, had medium levels of innovativeness, economic orientation, achievement motivation, social participation, scientific orientation, risk orientation, knowledge on MIS, and extent of adoption of CMP of MIS. Hence there is immediate need to promote MIS, focusing more on imparting the need and importance MIS during the training programmes, demonstrtions, showing case studies, capacity building programmes and in farming planning interventions in agriculture. 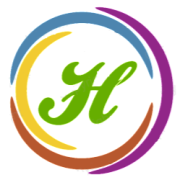